As some of you know I’ve been dealing with an injury that means I spend way less time at my computer. I thought I’d say a little bit more about what that means as I’ve had a few people frustrated at my not responding to them.

When I’m at my computer for my scant four hours my top priority is my novel. After that I deal with the most important email (from agent, publishers etc) after that I tackle this blog. So far that’s pretty much all I get to. Which means I am not reading anything on Twitter and I have not read any blogs in a donkey’s age.

Thus I do not know what you’ve been saying about me. I’m not ignoring you, honest. I just haven’t read it. I do not know the latest kidlit gossip (unless Scott remembers to tell me). I have not answered your lovely email to me. But I have read it and been thrilled by it. Thank you.

To summarise: if you wish me to know something email me. But know that it will take me a long time to answer. My apologies in advance.

Which leads me to answering the questions I’ve been emailed lately:

Q: How is your injury going?

A: I’m doing much better. Thank you.

Q: Does that mean you’ll be online more?

A: For the time being no. Until I’m completely healed I’m going to continue the current no-more-than-four-hours daily-on-computer-five-days-a-week regime. Aside from anything else I’m getting a lot more writing done this way.

And when I’m not at the computer I’m getting a tonne of reading done. Most of it is research for my novel but I also recently read and loved Melina Marchetta’s Piper’s Son and Jaclyn Moriarty’s Dreaming of Amelia. I have also read two awesomely great novels by Sarah Cross. (Neither published yet. Sorry. But, trust me, you’re gunna love them.) I’ve been reading the serialised version of the third book in Sarah Rees Brennan’s Demon’s Lexicon trilogy, which I am also adoring. (Though I am very impatient for the next installment. Aren’t I lucky to know so many great writers who let me read their books early?) I’m also buried deep in Pluto by Naoki Urasawa. (I also love his Monster and am about to get started on 20th Century Boys.)

Q: What is this novel that’s eating all your computer time?

A: It is the 1930s novel that I have been mentioning for some time. That’s right I finally settled down and picked just one novel to work on. It’s big and sprawling and set in NYC in the early 1930s and is written in a mixture of omniscient point of view and letters.1 I haven’t had this much fun writing in ages.

Q: When will your new book be published?

A: I have no idea. I am writing the 1930s book without a contract. I’ll sell it—or, rather, my agent Jill Grinberg will—when I’ve finished the book. So your guess is as good as mine as to when that will be.

Well, okay, my guess is a lot better than yours. The book just passed the 40k mark and I haven’t even gotten up to the events in the proposal (which I wrote when we were going to sell it before I finished it). I think I’ve written about a quarter or less of the novel. I also think it may be more than one novel. But I have decided to write the entire story in one go no matter how long it is. Then and only then will it be sold. The soonest I can imagine this book being finished would be the end of this year. But that’s probably way too optimistic. Then Jill would have to sell it, then the publisher would have to find a place for it in their publishing schedule, which would be 2012 at the earliest. Again that’s a very optimistic guestimate. In short: do not hold your breath for my next novel to appear in bookshops any time soon.

Q: How has Liar been selling?

A: My Australian and USian publishers tell me Liar is selling better than any of my other books. But that’s all I know. (It hasn’t been published anywhere but Australia/NZ and USA/Canada yet. Though it has sold in a number of other countries.)

Q: How is your garden coming along?

A: Wonderfully well. Thank you for asking. All the plants are in! We’ve even used some of them in cooking. (Mint, bay leaves, dill, chillis.) Being surrounded by gorgeous plants has made us both happier and we spend much time doting on them (and then eating some of them). Here is a photo for your delectation: 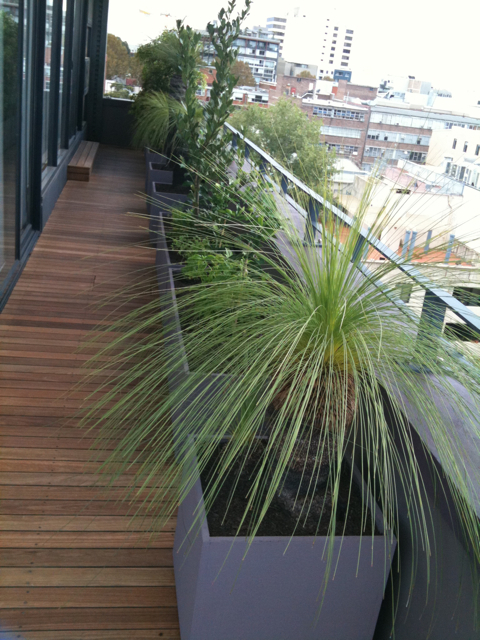 This is what it used to look like (Well, actually, this is what it looked like after we got the deck sanded prior to garden going in. Click here for the pre-sanded version.): 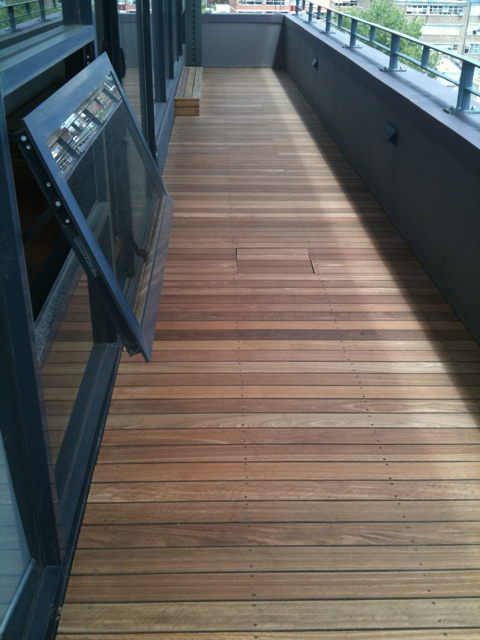 Thanks again for the lovely letters. The ones in praise of Liar are becoming more and more frequent and never fail to make my day. I’m so pleased that book has meant so much to so many readers.