My last week in NYC I was invited to visit the studio where the audio book of Liar was being recorded. Even though I had a gazillion million things to do I made sure to get there. I’m so glad I did. It was an amazing experience.

I’d never had my prose read out loud by a talented actor like Channie Waites before. It was a revelation. I know it’s a cliche but she really did make my book come alive. Bits that I hadn’t realised were funny, she rendered funny. (In a good way!) It was strange and wonderful and gave me chills. And as you can see I’m really struggling to articulate how incredible it felt to listen to Micah brought to life. 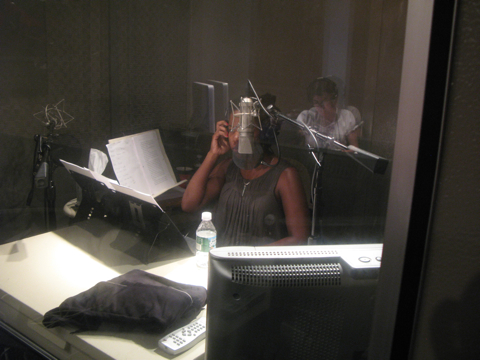 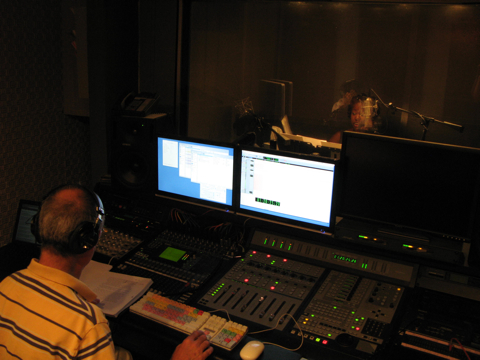 Let me instead talk about the nitty gritty. There were three people in the studio: Channie Waites in the recording booth, then the engineer, Jeffrey Kawalek, who’d call a halt to proceedings anytime he heard a P or T pop or the rustle of Channie’s clothing (those mics are crazy sensitive) who fiddled with knobs and dials and, lastly, Lisa Cahn, the producer, who would stop the recording to ask Channie to read it with more or less emphasis and so on. It was unbelievably hard to keep my mouth shut and not interrupt with my own suggestions, but I managed, and after a few minutes was able to relax and just enjoy hearing someone else’s interpretation of my book and my characters. 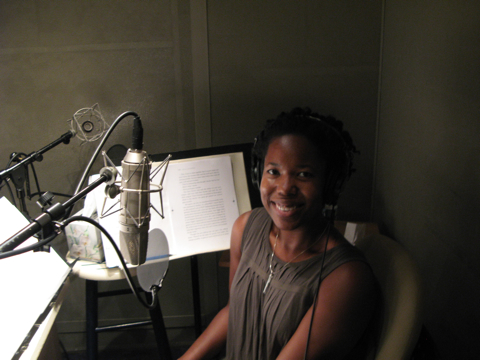 Channie Waites in the recording booth

Both Channie and Lisa had really interesting theories and questions about the book. I wrote Liar to be read in at least two different ways, but the responses I’m getting are showing me that there are way more than just two interpretations. I love hearing them all. Especially Channie’s and Lisa’s because they’d both read it very closely indeed. The finished recording is eight hours long but it takes at least double that to do the recording. That’s a long time to spend reading one book. I can’t wait to hear the whole thing.

The Liar recording was produced by Brilliance Audio and the How To Ditch Your Fairy one was produced by Bolinda Audio. Each will be available from the other company because of their cunning co-production. Liar will go on sale in each country at the same time as the print edition.