I no longer dread the question “Where do you get your ideas?” That’s because I finally figured out the answer.

Don’t get me wrong I’ve answered it a million times over my more than ten year career as a writer. I’ve nattered on about brain monkeys, ends of rainbows, stealing ideas from Maureen Johnson, ideas not being that important, blah blah blah.

The actual answer does not involve light bulbs or muses or brain monkeys or Maureen Johnson. Well, not directly. My true answer involves lots of work. I apologise for the lack of glamour.

Here’s what I realised: I’ve been practising getting ideas and turning them into stories for most of my life. Just as an athlete develops the muscles and reflexes necessary to be able to play their sport by training and playing for many, many years, so do writers develop their story-creating muscles.

I started when I was little. As I suspect many novelists do. I was one of those kids who was forever coming up with whatif scenarios.

My Parents: “Don’t answer the door if we’re not home.”

Me: “What if it it’s someone saying the house is on fire?”

MP: “They’d shout through the door.”

As you can see I’m already building a story. There’s a child at home alone, there’s a fire, and the only one who can warn the child cannot speak. What happens next? Will the parents get home in time? Will the child survive?

Me: “But what if hitting her is the only way to kill the tiny alien that’s attempting to crawl in through her pores?”

MP: “There is no excuse for violence under any circumstances.”

Me: *side eyes parents*

Here we have a world in which there are nano-aliens who can get inside us through our pores but who can also be destroyed by squashing them. What happens if they get inside us? Do they eat us? Turn us into pod people? How did they get here? Have they been here all along? Are they only after little sisters?

I played at what ifs almost every day of my childhood. When I wasn’t tormenting my parents and teachers I was making up stories for my sister and then for my friends.

If I lost a book before I’d finished it I’d make up the ending. Ditto for movies and tv shows I didn’t get to watch all of.2

It becomes a habit to start extrapolating possible stories out of, well, pretty much anything. Why is that banana peel on the ground directly outside a jewellery store? Genetically enhanced monkey jewel thief. Obviously.

When I overhear odds snatches of conversation I extrapolate the rest of the conversation and the story it’s part of. It’s fun to imagine whole lives and adventures for the people I overhear on the tram.

Having done this every day for decades now it’s no surprise I get ideas for novels many times a day. I see a fantastic tweet like this one:

When the teacher asks you to stand up and tell the class a little bit about yourself on the first day pic.twitter.com/IY8gMcXebl 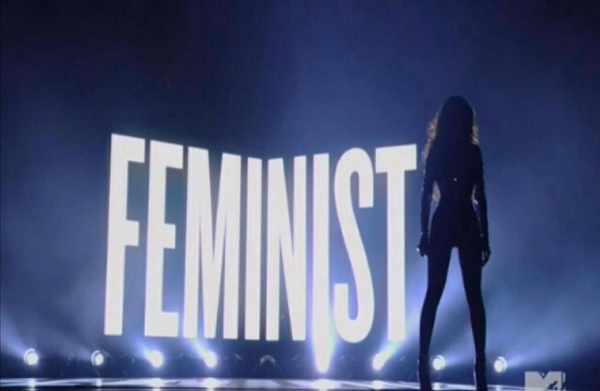 And I start thinking about writing a novel where a kid does that on their first day of school: walks in dressed very fine, holding a big sign that says FEMINIST. The rest of the novel would be them slaying the evil trolls, defeating the misogynist school board and principal, and saving the world.

When you get a bunch of writers together they often do this, bounce ideas off each other, extend them into a story. Whatif-ing each other for hours. It’s how collaborations often begin. That’s how Sarah Rees Brennan and I wound up writing Team Human together.

Of course, I pretty much never write the novel if I’ve already figured out how it ends. When ideas really spark for me I have to start typing. But even then I have oodles of half sketched out beginnings of novels, sometimes several chapters, sometimes just a paragraph or two, sometimes no more than a few lines. A very small percentage of these ever become novels. All that practise turning ideas into story pays off every time I finish another novel.

There is, alas, a huge distance between coming up with ideas, extrapolating a story, and turning them into a fully fledged novel. The first two are a matter of moments; the latter a matter of months, if not years. But without the ideas the novels never happen.

Finally, to tie this into Scott Westerfeld’s marvellous series on how to write YA, extrapolating about other people’s lives is a great way to build empathy, which Scott argues is one of the most important functions of a novel.