Some of you wanted me to write about my home country. But it’s a big ask to cover the entire country in one blog post so I’m narrowing my focus to my immediate surrounds: Surry Hills:

Surry Hills is an inner-city suburb (or neighbourhood as USians would say) of Sydney, Australia where I live. Or as some call it Slurry Hills. Or the Hills as it used to be called. Or Razorhurst as it was called by the Sydney Truth1 back in the 1920s when it, Darlinghurst, Woolloomooloo, Kings Cross and Paddington were all called Razorhurst on account of the razor wars that took place on their slummy back streets.2 Back then the area was dirt poor and full of drugs, prostitution, illegal gambling, and illegal alcohol. 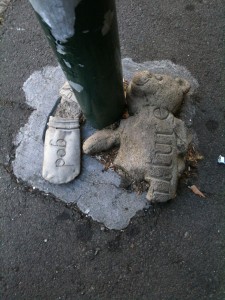 These days there’s still prostitution but then brothels are legal in Sydney and almost every suburb has one or two. Also drugs. There’s a legal needle exchange a short walk from where I live. There are no legal casinos in Surry Hills, but there are plenty of pokies (slot machines), as there are in virtually every pub in the entire country. And it’s legal to serve alcohol until fairly late at night. There are even 24 hour licenses. Thus eliminating the need for sly grog shops. Why there is even an absinthe bar near by.3

Surry Hills is full of gorgeous overgrown lanes, wonderful street art, it has Australia’s oldest home Cleveland House, as well as some of the newest, coolest warehouse conversions.

Surry Hills is not dirt poor anymore. It’s home to some of the most expensive real estate in the inner city, some of the city’s best restaurants, bars and cafes. There are loads of fancy furniture stores. Within a short walk there are not one, but two, places to buy Apple computers. It is high end, chi-chi, and full of hipsters. Though, fortunately, most of the male hipsters have not taken to the crazy unibomber beard look that so many of their US counterparts have adopted.4 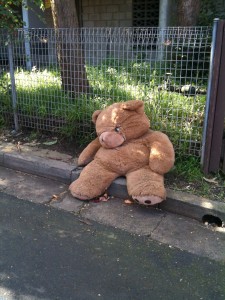 Fortunately, it’s not all hipsters.5 There are still plenty of people living here from before it became uber-trendy. There are still homeless shelters, needle exchanges, housing commission homes. To which, phew. Surry Hills remains economically diverse. Though less so every year.

Despite its long-term reputation as dangerous and slummy and full of crime, which Surry Hills has had from around 1900 until, um, now, it’s really a pretty safe area. The main employer throughout those decades was the rag trade. Which is still here. Lots of working rag trade warehouses and lots of places to buy good fabric if you’re a clothes-making kind of person. There’s even a place that will dye your old clothes to give them a new lease of life. I’ve been using them since, um, the olden days.

I love this place. I love the light, the tree-lined streets, the decrepit falling-apart warehouses, the great food, the people, the art, the everything.