Imitation of Life by Fanny Hurst was published to great success in 1933, made into a film in 1934, and then again in 1959. All three are a fascinating window on race in the USA. Fascinating and deeply depressing.

The movies are kind of an obsession of mine. Particularly the contrast between them. So much changed in those intervening 25 years, and so very little. David Kehr in today’s New York Times describes the films thus:

Douglas Sirk’s 1959 “Imitation of Life” is among the most closely analyzed films in the Hollywood canon, a Lana Turner soap opera 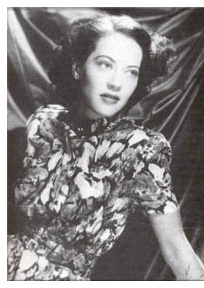 turned into an exercise in metaphysical formalism by Sirk’s finely textured and densely layered images. Less well known is John M. Stahl’s first film version (1934) of this Fannie Hurst novel about the complex bond between an enterprising white businesswoman (Claudette Colbert) and the black woman (Louise Beavers) who becomes her housekeeper and supplies the secret formula for pancakes that becomes the basis of Colbert’s character’s empire.

That was the year that Hollywood began seriously to enforce what had been the largely toothless Production Code, which, among its many nefarious effects, would result in the near disappearance of socially engaged films for the next two decades. But Stahl’s “Imitation of Life” still benefits from the frankness and skepticism of the early Depression years. Though hardly free from stereotyping, it stands today as perhaps the most powerful Hollywood film about race until the civil rights movement of the 1950s.

Hardly free from stereotyping is right. The black characters are happy with their place in the world. All but the housekeeper’s daughter, Peola, who is so light-skinned she can pass for white. Yet in both films her decision to do so seems inexplicable. The black people are all happy. Why would you want to pretend to be one of the tormented white people? Look how hard the white man’s burden is!

If you were an alien watching the movies you’d be scratching your head trying to figure out what was so very terrible about being black. In neither film are there any cafes with signs saying “Whites Only.” The black characters never have to sit at the back of the bus. There’s no mention of slavery, lynchings, or the civil rights movement.

There is one horrible scene of racism in the 1959 version, but it plays out as though racism is just that particular person’s problem, not anything systemic. The most you get in the 1934 version is the kids at school looking shocked when they discover that Peola is passing. Their reaction shot lasts less than five seconds.

One of the things that puzzles me most is that in 1934 a black actress was cast in the role of the daughter who passes as white, but in 1959 she was played by a white actress. What’s up with that? Were there truly no light-skinned actresses of Fredi Washington’s (pictured above) calibre around in the 1950s? Colour me doubtful.1

I find the 1934 version more powerful because it doesn’t lose its focus on racism; the 1959 movie winds up being largely about Lana Turner’s scandal-ridden life, specifically her daughter killing her mobster boyfriend. David Kehr is spot on about the final scene of both movies:

Like the Douglas Sirk version, Stahl”s “Imitation of Life” climaxes with a lavish funeral procession. But what Sirk turns into a triumph of coolly expressive visual style becomes, in Stahl”s version, a sustained march of silent protest against a system as unjust as it is deeply ingrained. The film seems unable to put a name to the monumental grief it depicts with such devastating force.

That’s a large part of the problem with boths films: they are about systemic racism and injustice, but they cannot name them. Both films are exercises in avoidance, shame, and lame liberal justifications. What fascinates me is their inability to articulate the bleeding obvious: It is unjust that the black woman who makes the white woman’s life of money and privilege gets so little for it. It is unjust that the black woman’s daughter cannot get what she wants unless she pretends to be white and then when she does that she is punished.

Both films are clear that the problem lies with Peola for trying to be something she is not. Her passing is what is at fault, not the system of racial inequality that makes passing as white an attractive path.

But most of all neither of these films are about Peola or her mother: They’re about the white woman. Claudette Colbert in the first film and Lana Turner in the second. I’ve always longed for it to be remade with the focus squarely on the black woman with the miracle pancake mix.2

Happy Super Tuesday to all you USians living in those states. Vote well! I bet Peola would be happy to see a black man in the running, but sad to see how much racial and sexual inequality still exists. But we can change that, right?